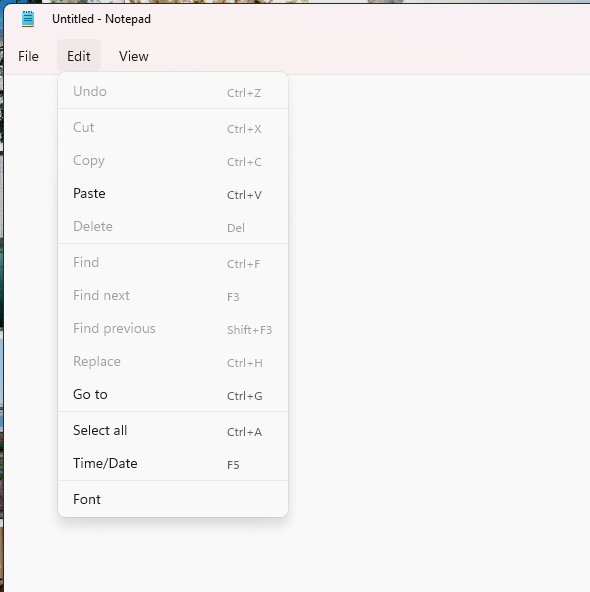 Windows 11 is out, but the process of updating the operating system’s built-in apps continues. Over the weekend, screenshots leaked for an as-yet-unannounced redesign of the Notepad app, which currently looks and works more or less as it has since Windows XP came out two decades ago (though under-the-hood updates have added new capabilities, like support for the line-ending style used in Linux and macOS text files).

The screenshots were posted and deleted by a “Microsoft engineer” but were preserved by FireCubeStudios on Twitter, and they suggest that Microsoft isn’t reinventing Notepad in the style of more advanced apps like Notepad++ or Emacs. The screenshots show fewer menu options and a larger, more touch-friendly amount of padding between them, as well as theming options and the ability to set a different default font. Also listed is a “Classic” mode for opening files, though exactly how that differs from the default experience remains to be seen

The unfinished state of Windows 11’s built-in apps was one complaint from our full review, and it’s something that keeps the operating system from feeling fully modernized and unified. The Paint app has been updated, but without the promised dark mode support. Updates for apps like Your Phone, Microsoft Whiteboard, some kind of media player, and (now) Notepad have been leaked or announced but not released. And other built-in apps like Wordpad still look like they did in Windows 7.

This is a minor complaint and far less disruptive than Windows 11’s new system requirements or some of the regressions of the new Taskbar. But it’s good that Microsoft is continuing to work to get things looking and feeling more consistent throughout the OS. When available, the app updates will be downloadable from the Microsoft Store rather than Windows Update.