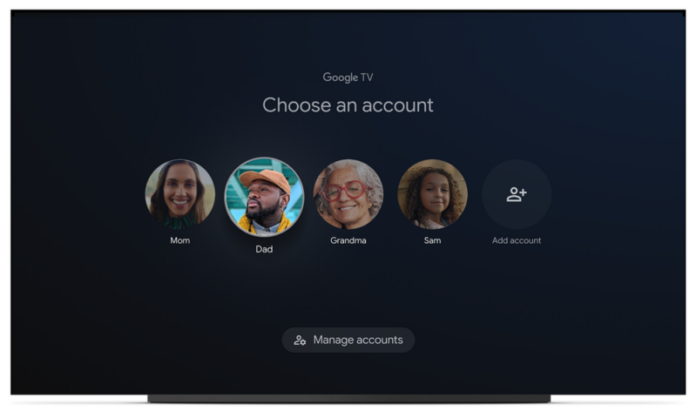 After launching in October of last year, Google TV is finally getting one of its most requested features: multi-user profile support.

Google TV is a revamp and rebranding of Google’s Android TV OS—it’s Android, but tweaked for televisions with a big-screen UI. Currently, there are still some Android TV boxes on the market, but Google reportedly plans to phase out the “Android TV” brand by 2022, in favor of using Google TV branding everywhere. Google TV is the next version of Android TV

Google TV’s flagship feature is the new home screen, which is designed around a content-recommendation engine. Instead of the usual grid of streaming app icons, Google TV displays the shows themselves on the home screen, prioritizing what matters—the content—and deprioritizing which service it comes from. The problem with Google TV’s recommendation approach is that the system has gone a full year without profile support, so every user of the TV affects the single list of recommended content.

With multi-user support, Google TV’s home screen will finally make sense. A kid’s streaming of Sesame Street won’t conflict with an adult’s streaming of Squid Game. Users will get their own recommendations. Multi-user support also means that the Google TV watch list will now be tracked for individual users. In addition, profiles will get access to their personal Google account data via the Google Assistant, so you can ask things like “show me my calendar” and get a relevant result.

With profile support, Google TV’s ambient mode, which shows up while the TV is idle, is also being upgraded with more personalized information. Google says, “From the latest game score to the weather, news, and more, your TV will keep you up to date with info based on your profile. You can even scroll through the on-screen shortcuts to jump into your photos or start playing your music and podcasts with just a click.”

The ambient mode is US-only for now, but Google says support for profiles will roll out globally to Google TV devices from Sony, TCL, and the new Google Chromecast soon.