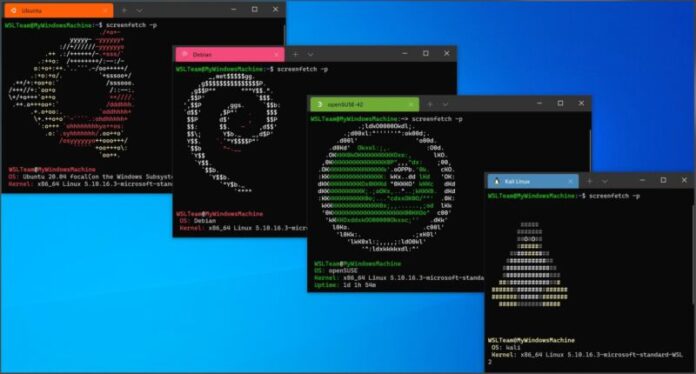 For a certain kind of person, the new additions to the Windows Subsystem for Linux (WSL) are some of the best features in Windows 11. And Microsoft has announced that new WSL features will be even easier to get in the future. The company has posted a preview version of WSL to the Microsoft Store so that Windows 11 users can download and update WSL independently of other Windows updates.

Many of Windows’ built-in apps have already moved to being updated through the Microsoft Store rather than through regular Windows Updates. This gives the company more flexibility when deciding when to update apps, though one side effect has been that many of Windows 11’s pre-installed apps still haven’t been fully updated for Windows 11. But long-term, it also means you don’t need to wait for a new Windows update to benefit from updated apps.

Microsoft’s post doesn’t mention whether WSL will eventually be available in the Microsoft Store for Windows 10 users who otherwise may not be entitled to updated WSL features. We’ve asked Microsoft about this and will provide an update if we receive a response.

The latest app to get a Windows 11 redesign? The humble...